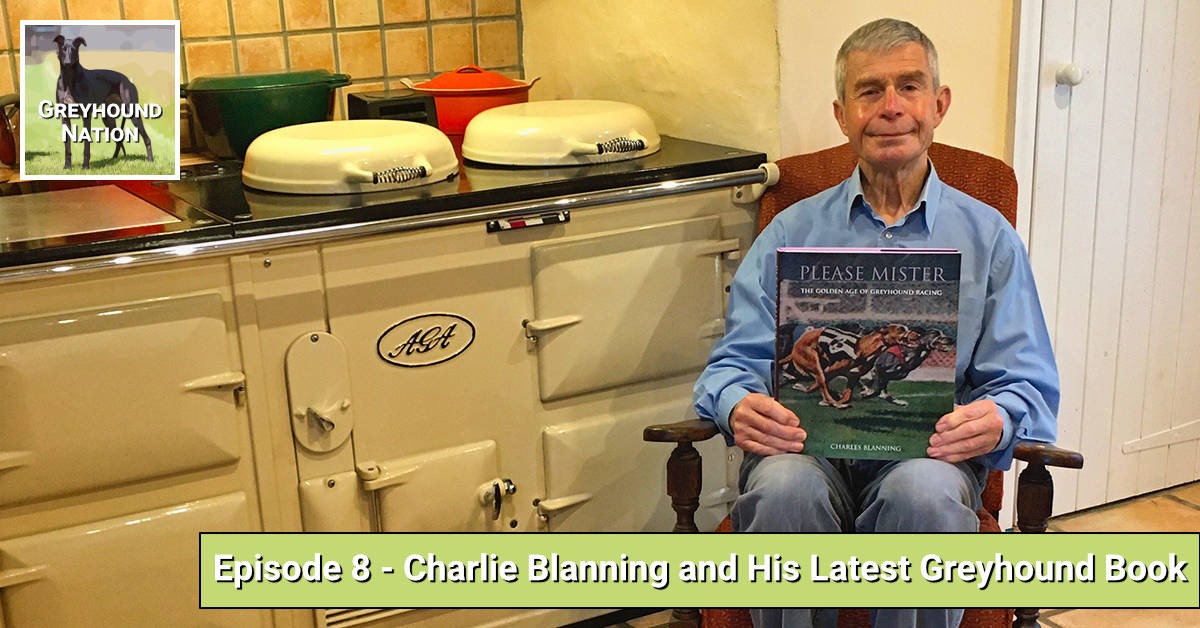 “A good Greyhound will chase anything…”

It’s the early 1920’s. Owen Patrick (O.P.) Smith, inventor of the artificial lure, accepts the challenge of some doubters at his track in Emeryville, CA.

O.P. smiles, removes the “hare” from the rail and replaces it with his handkerchief, sending it off around the track. A Greyhound is slipped to give chase. The Greyhound did, indeed, run down that handkerchief.

And so began a new era of Greyhound sport – racing.

This story is just one of many told by Charlie Blanning in his new book, “Please Mister: The Golden Age of Greyhound Racing.” The book explores the birth of Greyhound racing in the United States, pioneered by O.P. Smith and his partners in the early 20th century. Readers will enjoy stories from the earliest days of the sport, from California to Florida and across the pond to the United Kingdom and Ireland.

In this episode of Greyhound Nation, host John Parker and Charlie discuss the origins of the book, the experience of self-publishing and the possibility of a second “Golden Age” of Greyhound racing.

Introductions and an Interview with Dennis McKeon

The Greatest of Coursing