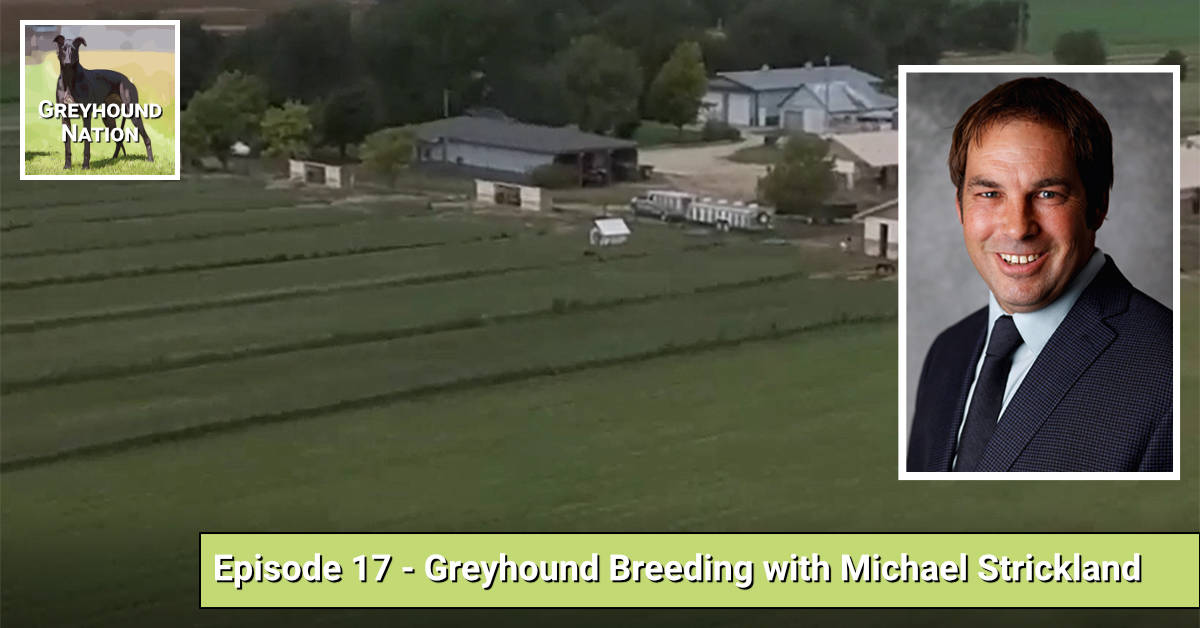 “I swear you could put a coffee cup on his back and he wouldn’t spill it. He was a smooth machine.”

Greyhound breeder Michael Strickland on one of his favorite stud dogs, EJ’s Douglas

His earliest memories of Greyhounds were of 15 Greyhounds in a kennel and 40 Greyhounds in outdoor long runs. He shredded newspaper for bedding and walked the Greyhounds in the open pasture on the farm. Michael learned early on that good walks made for healthy Greyhound kidneys. He saw his first Greyhound races at the The Woodlands in Wichita, Kansas.

Michael and his father would eventually move into the stud business in the 1990s, putting him in close contact with some of the best Greyhounds in the sport. Strickland Sires was an early pioneer in the use of frozen semen and artificial insemination. The stud business grew large enough to warrant two on-site veterinarians. Today, half of Strickland Sires live out their lives on Michael’s farm. The rest go back to their owners.

In this episode, host John Parker and Michael Strickland discuss the art and science of Greyhound breeding. They discuss the various factors that contribute to breeding a great Greyhound, the rich history of Greyhounds in Abilene, and the future of American Greyhound racing.