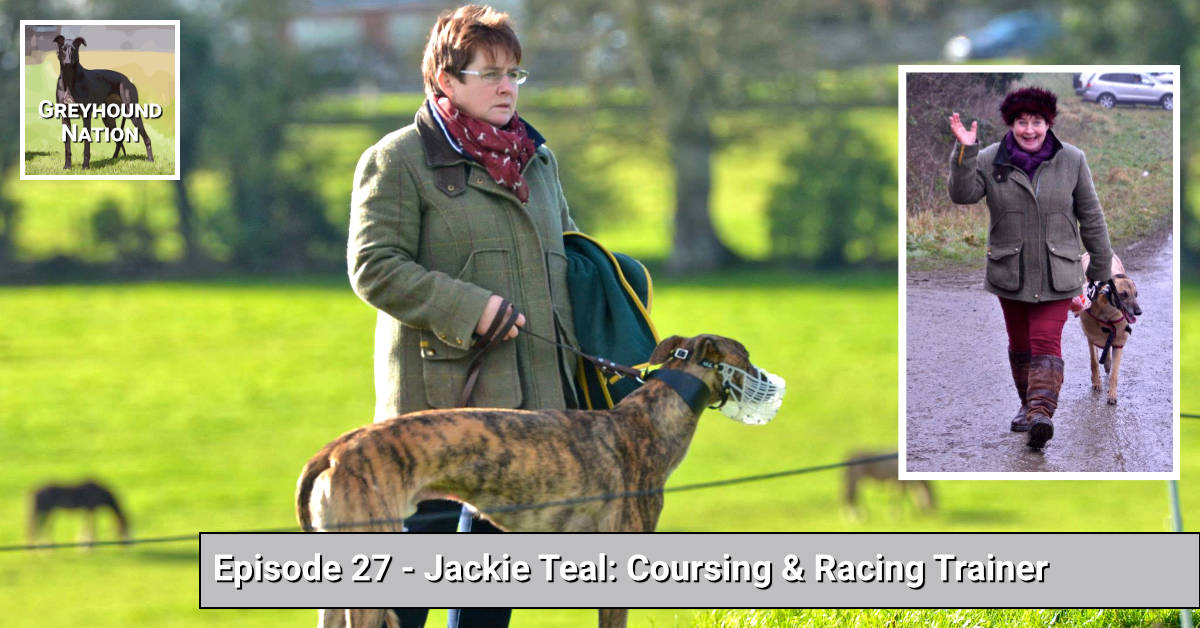 At the age of ten, Jackie Teal really wanted a pony. Instead, she found herself helping a local businessman out with his Greyhounds. She would bathe and feed them, ride with them out to the local track, and fall asleep with them at the end of a day at the track. Little did she know that missing out on that pony would lead training two Waterloo Cup winners a career in Greyhound coursing and racing.

In her twenties, Jackie went to her first coursing meeting. She found the experience to be very different than the “bloodthirsty goings on” that she had expected. Coursing was truly a test of Greyhound skill, and the sport transcended social class in England like no other.

In this episode, host John Parker and Jackie sit down to talk about her career as both a Greyhound coursing and racing trainer. Jackie shares some of her favorite Greyhound stories from the track and coursing meetings, including her two Waterloo Cup winners in 2002 and 2005.