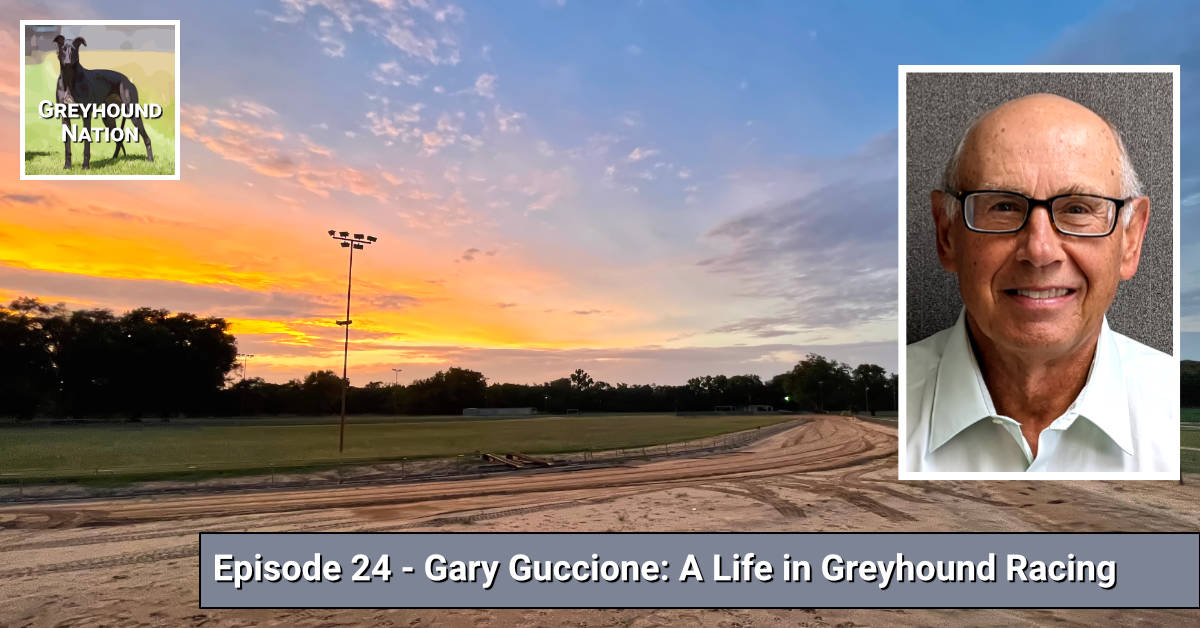 “As long as I could reach the window to the ticket seller, I could place a wager…”

Gary Guccione’s life in Greyhound racing started in Butte, Montana. His father served as racing secretary and racing kennel owner at the Western Montana Kennel Club. One of his earliest memories was reaching up to the counter at a parimutuel window to place a wager on a Greyhound race.

In one particular instance, his 3rd grade teacher, who was working a summer job as a parimutuel teller, happily took his wager. As it turned out, Gary’s wasn’t the only life impacted by Greyhound racing in Butte.

In 1964, Gary traveled with his family to the Multnomah Kennel Club in Portland, Oregon where his father was racing some Greyhound puppies he had bred. Gary got to see some up-and-coming Greyhounds at the “puppy derby” that year — an event that served as the catalyst for the rest of his career.

He enjoyed guessing the sire standings before they were published, upon which his father made a suggestion. “Why don’t you start tracking blood matron standings?” Gary took his father’s advice and started publishing brood matron standings for Racing Record in 1965. He left for college to earn a degree in journalism, during which time he also started writing articles for The Coursing News. His college summers were spent in various roles at the Black Hills Greyhound Track where his father had another racing kennel.

In 1971, Gary went to work for the National Coursing Association (NCA), the predecessor the National Greyhound Association (NGA), in Abilene, Kansas. He met his wife shortly thereafter, and they decided to make Abilene their home. Gary continued to work for what had become the NGA. In 1982, he became executive director, secretary-treasurer and keeper of the Greyhound stud book. He would serve the NGA for many more years, eventually earning an induction into the Greyhound Hall of Fame in 2009.