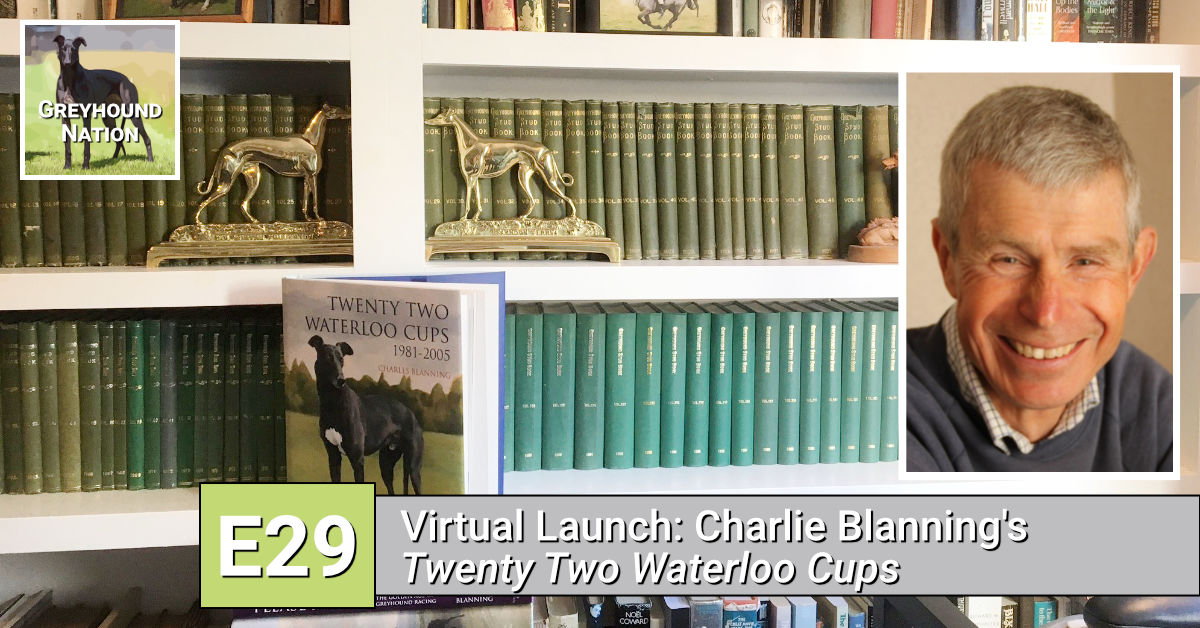 “He said to me, ‘Why don’t you make it a personal record? Put more of yourself into it…'”

Charlie Blanning, on the advice given to him while writing Twenty Two Waterloo Cups

Charlie Blanning’s latest book — Twenty Two Waterloo Cups — is more than just another history of the famous English Greyhound coursing meeting. It also tells the story of the author’s involvement in the Waterloo Cup as a correspondent for various coursing publications from 1981 to the end of the Cup in 2005. Charlie braved judges’ horses, blowing gales and anti-coursing protestors to share the experience of the Cup with readers.

Twenty Two Waterloo Cups is Charlie’s fifth book about Greyhounds and the sport of coursing. The book picks up the Waterloo Cup in the early 1980s after a hiatus of four years that put premier coursing meeting’s future in jeopardy. Thankfully, supporters of the sport and the Cup’s rich history came to the rescue and revived the coursing meeting for more than two decades. The book is dedicated to one of those key figures — Bill Stedman, Treasurer at the time of the National Coursing Club.

In this episode, Charlie and host John Parker hold a “virtual launch” of Twenty Two Waterloo Cups with a discussion about the coursing meeting’s history, the Greyhounds that made it famous, the people who organized the event, and the undercurrents of anti-coursing protests during the Cup’s final years. Charlie shares his motivations for writing the book and how he went about publishing another entry in his growing library of Greyhound history.

Steve Downs on Open Field Coursing in the U.S.